The Roadmap Home: Your GPS to Inner Peace®

April 28 was National Superhero Day. I believe all parents are superheroes. In today’s hectic world, it takes incredible energy to raise children.

Over the years, I’ve been passionate about breaking the cycle of absent fathers in my family. When my children were young, I became a stay-at-home dad. That experience not only altered my life but the lives of my children.

In my TEDx talk, I share my journey where I had to WAKE UP from the pain of being a fatherless son, GROW UP to be the dad I always wanted, and SHOW UP with a superpower—the power of fathering.

Generosity and the Super Burrito

On generosity scale from one to ten, with one being stingy and ten being generous, where would you place yourself? Normally I see myself at the generosity end of the spectrum. I tip twenty percent in restaurants, donate to charitable causes, and give extra time to friends and clients in need.

I faced my own relationship with generosity on the first evening of the workshop when I rode the BART train to Glen Park, where I was staying. Shortly after I arrived at the station, a homeless man in a wheelchair approached me.

“Could you help me out?” the man asked.

Normally, I would’ve said, “No thanks” and walked past him because there are many homeless people in Berkeley. I didn’t want to get involved in a host of problems, but it was especially hard to be stingy with my time since I was attending a workshop on generosity.

I glanced at the bearded man wearing a black stocking cap, then at his left leg in a brace, then at the plastic bags hanging off his wheelchair. I hesitated before asking, “What kind of help do you need?”

I expected him to ask me for a few dollars, but he surprised me. “I don’t want any money,” he said. “I’m diabetic and could use a good meal. Could you help me out?”

I breathed a sigh of relief because I could easily practice generosity. I removed the snacks in my backpack—a bag of almonds and granola bars—and offered them to him.

I immediately felt annoyed at the ungrateful man for rejecting my act of charity. He must’ve sensed what I was thinking because he added, “I have no teeth.” Then to prove it, he opened his mouth and showed me that, indeed, he had no teeth.

My annoyance morphed into feeling foolish for judging him. My heart softened. “What can you eat?”

“A burrito,” he said, then pointed across the street at a Mexican restaurant half a block away.

Frankly, it would have been easier to give him some cash and be on my way. After all, I had better things to do—like check my email. But that damn workshop on generosity kept haunting me. “Okay,” I sighed. “I’ll buy you a meal.”

I started walking to the curb to cross the street when I noticed the man struggling with his wheelchair up an incline. I asked, “Do you need help with your wheelchair?”

He glanced up and sighed. “That would be great.”

I grabbed the handles and began pushing him across the street. “What’s your name?

I almost stopped in my tracks. When I got over the shock that we shared the same name, I told him, “I’m Leonard, but when I was a boy, friends called me Lenny.”

“Wow.” His eyes opened wide. “What are the chances of two Lennys meeting?”

“Some coincidence, huh?” I said, wondering if Lenny was an undercover angel who appeared in my life to point out my stinginess with compassion for society’s outcasts.

When we arrived at the restaurant, I asked him what he wanted.

“If it’s not too much, a Super Burrito would be great, but without salsa.”

This angel in disguise was now testing to see if I could be super generous.

He picked at his black beard. “Oh, and if it’s not asking too much, could you get me a Coke?”

Here’s where a wave of stinginess hit me. Couldn’t Lenny be satisfied with just a burrito? As I pondered his request, I realized that as a diabetic, he might have needed an intake of sugar—especially if his blood sugar level was low.

I purchased the Super Burrito with a Coke and handed it to Lenny. He offered me a generous toothless smile.

With Lenny clutching his meal, I wheeled him back to the BART station. Though he told me that he didn’t want to eat in the restaurant, I suspected he was embarrassed about eating food without teeth.

“Where will you sleep?”

“In a homeless shelter nearby,” he replied. “But now I have a nice meal.” He thanked me, again and again.

Touched by his gratitude, I told him, “Many people have helped me. I’m paying it forward to another brother.”

Lenny pushed his wheelchair closer and spoke softly. “I’m embarrassed I have to ask for help.”

I could have said the same thing because I don’t like asking for help and feel embarrassed when others go out of their way to help me. Acting as a mirror, Lenny showed me how we were alike.

We shook hands and said a warm goodbye.

As I walked away, I knew my small act of generosity was nothing compared to what Lenny had given me. He taught me that when I’m cut off from the spirit of generosity, I become stingy and emotionally homeless, but when I share love and compassion with other souls, I connect with my inner GPS and find my way home.

Reach Out and Extend a Hand

I arrived early at the car repair place so that my car could be serviced. There was a TV in the waiting room, but it wasn’t on. Great, I thought because I could get some writing done. Then a 70-year-old man who was also getting his car serviced walked into the waiting room. He spotted the TV and immediately turned it on. I didn’t want to watch the weather channel; I wanted to write in my journal. Fortunately, the man was called out of the waiting room to the counter. I immediately made an executive decision—I turned off the TV!

Settling back down to peace and quiet, I began journaling. Then the man returned. He glared at the blank TV then at me. Before he could pick up the remote, I told him that when I had moved to California 10 years ago, I decided against having a TV. It opened up my life because I turn to books and other people for stimulation. I got up out of my chair and offered my hand, “Hi, my name’s Leonard.”

After the introduction, Jim and I became the best of friends as we shared our views about politics, talked about our children, shared stories about how our grandparents migrated from Europe, talked about the changes we witnessed in our lives, and on and on it went—until Jim was called to retrieve his car.

When he left, I pondered our interaction. If he hadn’t turned on the TV, and if I hadn’t turned it off, we might never have had a connecting conversation. I’m grateful I reached out and offered a hand.

Reaching out and extending a hand to a stranger can bring unexpected rewards.

Are You Out of Your Gourd?

When I was a young boy, I grew some gourds in glass jars. Here’s what I learned.

Do You Want More Love in Your Life?

When you understand the biology of love and the language of love, you can get more love in your life.

Psychotherapy can drive you CRAZY! 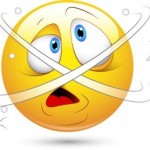 What drives me crazy about psychotherapy is the belief that clients need to be labeled and fixed. In fact, no one is broken.

The only thing that is wrong is what we’ve been taught to think and believe about ourselves that stops us from being our true selves.

I remembered a time when my grandmother had a small garden. In one section, she grew gourds. I once placed a growing gourd inside a jelly jar. As it grew, it took on the shape of the jar. I came to realize that we are like gourds placed in a jelly jar of life. We have adapted and accommodated to our life’s circumstances.

In all my years as a therapist, I learned that when I really got to know clients, I understood why they thought and acted the way they did. If I had been placed in their jelly jar of experiences, given the same conditions and genetics, I would have been in the same shape.

Each client taught me something about myself and my own glass walls. I consistently encouraged my clients to follow this message: accept yourself, express yourself, forgive yourself, and, most importantly, love yourself. Those elements have become the critical ingredients for healing in my life and in the lives of my clients.

Psychotherapy can drive you crazy with labels, judgments, and an endless exploration of the past. However, when you embrace acceptance, self-expression, forgiveness, and love, you step on the road to sanity and inner peace.

P.S. Click the link below to listen to a recording of Marie Elisa’s radio show, “Everyday Angels,” where I expose some of the crazy thinking of psychotherapy and offer seven steps toward sanity and inner peace.

The Roadmap Home: Your GPS to Inner Peace